It was last April that I was able to hear  Andrzej Wiercinski  in the  young pianist’s Mecca of St Mary’s Perivale in London.It  gave me great pleasure to read  my impressions before listening to the recital streamed from the  remarkable 75th Duszniki International Chopin Festival in Poland .I had heard Federico Colli and Dmitri Alexeev both give superb performances- by coincidence on their birthdays.Arcadi Volodos’s concert that I was so looking forward to hearing again after Rome last february was not streamed.(I have included my impressions below from his performance in Rome last February)

So I was a little apprehensive to listen to a young pianist in such august company. I need not have been because he offered a recital of such refined good taste and clarity of both musical thought allied to a purity of sound.It reminded  me of  a study weekend  by Rome University dedicated to  the art of Arturo Benedetti Michelangeli with the title “Every note a drop of crystal”.In fact it was this very clear crystal clean sound that reminded me  more of the young Tamas Vasary and the Hungarian school of Dohnyani of Geza Anda or Andor Foldes.A clarity and intelligence allied to a sense of colour and architecture that in a way is the opposite of that other Hungarian school, that of  Liszt which is all sturm und drang and fireworks when not seeking eternal grace! 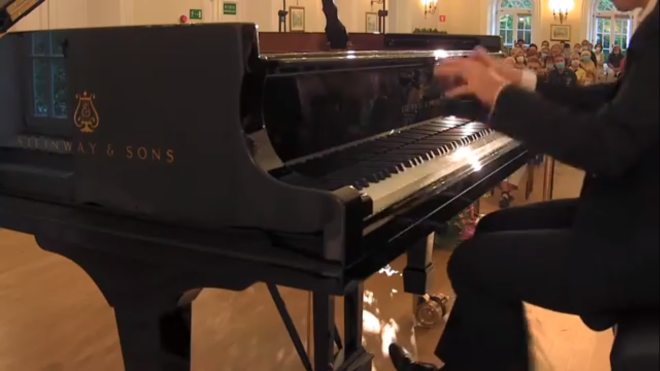 After a long programme that included three of the greatest works for the piano:The Bach/Busoni Chaconne,Chopin 4th Ballade and 4th Scherzo it was in the second of three encores that the heavens truly opened with a sublime performance of the Prelude in B minor by Bach/Siloti.It was here that one held one’s breath as he barely touched the keys ,dusting them with the same beautiful movements as the sounds he was creating.A transcendental control of sound allied to such a refined subtle musicality that when the choral melody floated into  view it was  as if on some magic cloud  where we could indeed catch a glimpse of the angels that we admire in the Italian Renaissance frescos of divine faith.

The other two encores were by Chopin,of course.

The Polonaise op 53 ‘Heroique’ that I remembered from his performance last April in London.Truly aristocratic playing of such clarity and intelligence.Shorn of all the rhetoric that some pianists seem to think belong to the so called Chopin tradition but at the same time played with a wondrous sense of colour and style.After the amazing precision of the military who enter on his left (slightly too fast for my taste but nevertheless astonishing) dissolving into the most mellifluous and sensually shaped melodic line with a flexibility of subtle contrapuntal colours that shone like a prism in this pianist’s poetic hands.It led to the final triumphant declaration played with true passionate control.The last encore was of the young virtuoso Chopin who would astonish the salons of the day with his refined artistry as we today were astonished and seduced  by this young man who  at 23 is the same age as the young Chopin when he composed these Variazioni Brillanti op 12 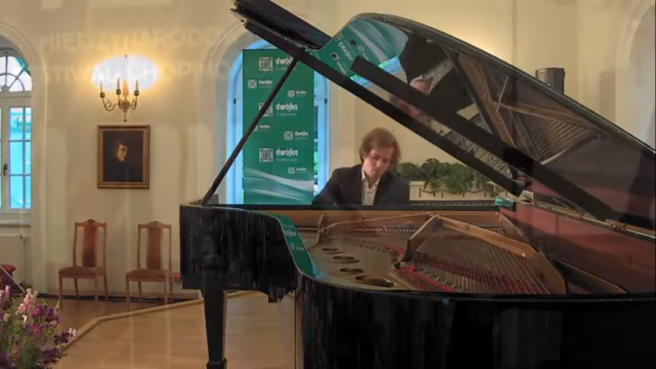 A young man who is obviously following in the footsteps of his compatriot Krystian Zimmerman as was wonderfully evident from the very first notes of the Bach/Busoni Chaconne or  even more so in Chopin’s Fourth Ballade  and Scherzo and the Four Mazurkas op 24.

From the first notes of the  Chaconne there was a subtle sense of balance and the same crystal clear sound that mesmerised my generation when Michelangeli’s famous recording became available.It was always very difficult to  hear Michelangeli live in London as he cancelled more concerts than he gave such was his striving for the pianistic and technical perfection that even he could only achieve on rare occasions.Andrzej was a much more classical approach than Federico Colli but both had the same forward impetus that is fundamental to its architectural shape.Federico taking slightly more risks and time in a performance of a real stylist .Andrzej on the other hand kept a stricter  control and took less liberties .But both had a great sense of colour and majesty as befits one of the greatest works that Bach ever conceived.Busoni brought it to the piano but with the same grandeur and virtuosity that Bach had given to the solo violin.It is a true recreation rather than a trascription.Andrzej followed Busoni’s very precise indications to the letter from the ‘misurato’ octaves to the grandiose’ largamente marcatissimo con bravura’ climax of the first great cadenza dissolving to a ‘dolce espressivo’ and’ sostenuto’ of almost religious tranquility.The gentle almost distant murmur of the solo violin was enhanced by the magic appearance in the tenor voice ‘poco marcato e tenuto’. Leading to the first great  climax in which all the organ stops are suddenly interrupted by the poignant stillness ‘quasi tromboni’ memorably played by Andrzej.The long pedal note that followed showed a masterly control as did the build up to the final triumphant appearance of the opening theme .Always played with a complete control of sound and a maturity way beyond his years.

The Nocturne in B major op 62 n.1 was played with a loving care for detail and a sumptuous delicacy, beautifully shaped with an aristocratic rubato of refined taste. The change to A flat was pure magic and the final pages were full of the same beauty as in the Barcarolle op 60 -The final chords were of a heartrending nostalgia of someone never wanting to say goodbye.

The Fourth Ballade opened on this magic cloud of sound and the slight emphasis on the final thumb notes prepared the way for the simplicity of the theme that follows where he seemed to caress the keys .This is obviously a young man in love with the sounds that he can coax out of this box of hammers and strings.His sense of legato too in the  most intricate passages allowed the music to sing in a most natural way.The gradual build up to the final climax before the coda was masterly.The final five gentle chords were a prelude to the trancendentally difficult coda that was played with a wonderful sense of line.

The four mazukas op 24 were played with a flexibility and sense of rhythm that brought these gems to life as is rarely heard in the concert hall.Every detail that Chopin  so carefully indicates  was scrupulously noted – from the pedal at the end of op 24 n.3  to the indications of calando,mancando smorzando of the final bars of op 24 n.4.Played with a great feeling for style they were uplifting and heartrending,  nostalgic even but never sentimental.

The Fourth Scherzo too was played like the great song that it is with its impish interruptions  thrown off with fleeting lightness that  contrasted with the  beautifully shaped melodic line of the central section.The gradual build up to the final triumphant climax was masterly judged and brought the official part of the programme to an end . 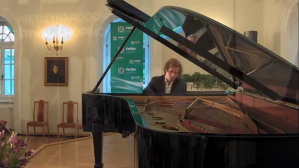 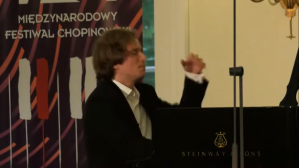 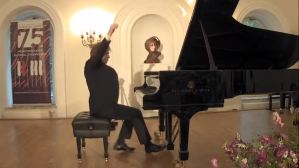 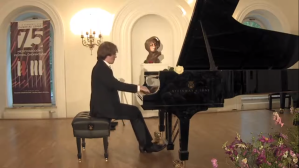 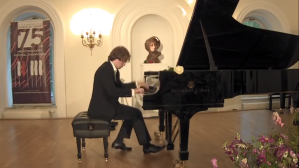 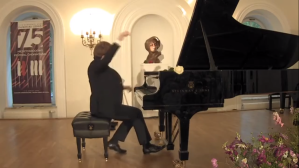 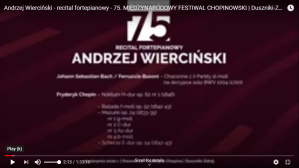 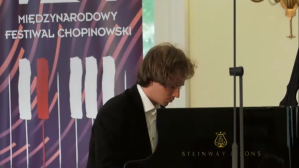