I  have for some time admired Murray McLachlan for his work at Chethams in teaching so many young pianists that are fast entering the profession having been formed in that very early stage by the amazing energy and enthusiasm that the McLachlan family exudes.His piano playing of course is well known having been formed at the school of Norma Fisher and Peter Katin.His wife Kathryn Page  too is a notable pianist much admired by Bryce Morrison for her performances of  York Bowen and  Lennox Berkeley  .She has given over 20 recitals at the South Bank and Wigmore Hall, both as soloist and chamber music pianist. She has toured Norway, Italy, Ireland and Australia where she gave seven recitals at the Sydney Festival and broadcast for ABC. She has performed at many of the leading music festivals and has given numerous live broadcasts for BBC Radio 3 from Broadcasting House in London, St Georges, Bristol and St Davids Hall, Cardiff.

I met her at the Rome International Piano Competition when she had been invited onto the jury by the indomitable Marcella Crudeli.A pure coincidence that Yuanfan Yang won the first prize and had been formed by Murray McLachlan at Chethams before perfecting his studies with Christopher Elton at the RAM and Dmitri Alexeev at the RCM.

Little could I have imagined that the McLachlan’s have four children three of whom are pianists and the odd one out  at 16 is a professional footballer.Callum,21 is studying with Claus Tanski in Salzburg; Mathew at 19 with Dina Parakhina at the RCM in London and Rose 17,is studying with Helen Krizos at the RNCM.

I had heard Callum playing superbly in London on several occasions and Mathew’s playing I heard  in Rome recently but Rose I had not heard until  listening to  her on a radio rebroadcast of Shostakovich’s Second Piano Concerto.It was written for his son’s 19th birthday but Rose was only 17 when she recorded  the concert for the BBC!

It was a magnificent performance not only for the professional note perfect live recording.But it was played with a beauty of sound and sense of colour  and subtle phrasing allied to the tongue in cheek rhythmic pungency that that this charming work exudes.

“Malcolm Arnold Festival 2019: Martin Handley presents a concert by the BBC Concert Orchestra and their Conductor Laureate Barry Wordsworth, with music by Arnold and a composer he greatly admired, Shostakovich. They had a number of secret meetings in Russia – ‘We’re kindred spirits in a rough and barbaric world’ Shostakovich told Arnold. It was recorded on 13th October 2019 at the Derngate Theatre, Northampton, as part of the 14th annual festival. They are joined by rising young star Rose McLachlan in Shostakovich’s Second Piano Concerto, which he wrote in 1957 for his son Maxim’s 19th birthday.”

I wanted to hear more and found a  private recording  of part of a recital she gave recently for that connoiseur of pianist Dr Hugh Mather in his series in St Barnabas in Perivale.

Some beautiful  performances of a real stylist.

Waldesrauschen S.145 one of the two rarely played concert etudes was here played with  a wonderful sense of balance as the melodic line passed from the right hand to the left  unnoticeably with the gently cascading embellishments of the ‘forest murmurs’ shimmering in the magical distance   A passionate climax played with all the youthful spirit and virtuosity that Liszt himself must have shown in this very refined concert study  of pure melodic invention.

The Abegg Variations op 1 by Schumann  showed a a great sense of foreward movement and jeux perlé that was also so much part of a really beautiful performance of the  Schubert Impromptu op 142 n.3 D935 /3.The sonata op 109 by Beethoven was sadly lacking from this video recording but I  had heard from Dr Mather that is was a really exceptional performance for its musicianship but also for the beauty of sound that she was able to draw from this old but still very noble Bosendorfer.

It is hard to believe that her case with all her concert cloths was stolen at the station on her arrival to London from Manchester the previous evening .It was thanks to her friend who was able to lend her a concert dress for the occasion.

What a remarkable family the Mc Lachlans are  rising to the occasion no matter what the difficulty as it is  above all the the music that matters more than any other little inconvenience!  Not only talented and professional but where music is the central part of family life!

Happy Birthday Rose  on your coming of age today the 24th April 2020.

…………..and this is Callum in concert at St James’s Piccadilly for Canan Maxton’s Talent Unlimited and at St Mary’s Perivale for Dr Hugh Mather’s series 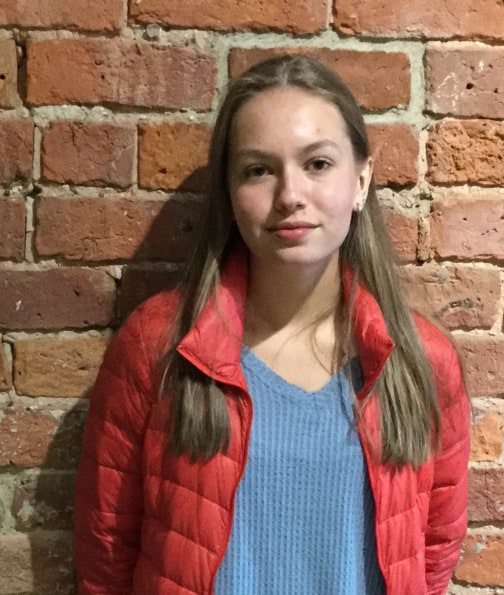 Rose McLachlan was born in 2002 and began piano lessons with her father Murray in 2008. She entered Chethams School of Music in 2010 as a chorister at Manchester Cathedral.

Rose is now (2018) a pianist studying with Helen Krizos, studying organ with Chris Stokes and having singing lessons with Helen Francis. In 2012, she passed Grade 8 piano with 144/150 – distinction and in 2017 was awarded the LtCL performers diploma with distinction. Rose was the overall winner of junior and senior classes of the 2016 Scottish Youth Prize at the Royal Conservatoire of Scotland. She also won the Sir David Wilcocks Organ Scholarship 2014/15.

She has performed Beethoven’s second concerto five times as well as solo recitals in Lanzarote, Portsmouth, Wilmslow, and various lunchtime concerts at Chethams. As an overall winner of the Chetham’s concerto competition in February 2018, Rose was selected to perform the Ravel G major concerto with the Chetham’s symphony orchestra during the 2018-19 season. Also scheduled for 2019 are performances of all Chopin’s Waltzes and Nocturnes for Sir Ernest Hall in his Camel Concerts series of recitals in Lanzarote.

Una risposta a "A Rose is always a Rose …the amazing McLachlan clan."